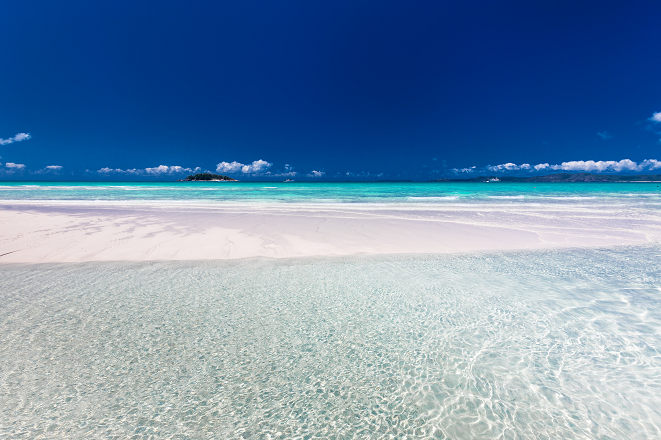 According to the 2021 Census data from the Australian Bureau of Statistics, over 73,000 people relocated to Queensland. Over 50,000 people of these new residents relocated from other states in Australia. Much of them moving from Sydney to Brisbane as NSW had the biggest loss of residents at over 35,000 moving away from NSW.

Cost of Living and Lifestyle is the main reason the sunny state of Queensland with capital city Brisbane, and the two sunny coasts - the Sunshine Coast and the Gold Coast attracts interstates movers from Sydney and Melbourne.

Sydney has the highest cost of living and highest cost of housing in Australia. A family can move from a smaller home to a larger property in Brisbane for the same cost. The Brisbane government is keeping up with the migration to its state by developing and expanding South East Queensland, in 2020 alone over 46,000 new land plots were released. And this is the trend each year after. The Gold Coast is one of the major locations for new lot releases and new builds.

Relocating to Queensland? Here are the selling Points!

Boasting a nearly 7,000km-long shoreline, Queensland is known interstate and overseas as the sunny state and it has some of the most breathtaking places in Australia. It's Great Barrier Reef, the biggest of its kind on the planet, is home to numerous sea creatures and the most popular scuba diving location in the Southern Hemisphere. The lush Daintree Rainforest is one of the only prehistoric rain forests left in the world. The beaches offer arguably the best surfing spots in the world. And the hinterland on the Gold Coast is simply beautiful.

In Queensland, the population is about 5.2 million as of 2021, with half of them residing in the Southeast, the country's area with the quickest population growth. Living in Queensland the sunny state during the 2020 Covid Pandemic shielded its residents from the majority of the pandemic's harshest effects, making it appear to be a utopia in comparison to what has occurred to its southern neighbours. And this is what started the huge migration from Sydney and Melbourne to Brisbane, the Gold Coast and the Sunshine Coast.

Moving to the Sunshine Coast

The Sunny Sunshine coast in Queensland is a popular destination for not only people moving from Sydney or Melbourne but overseas movers. It not only has great weather and beaches but is undergoing major redevelopment with a proposed Sunshine Coast light rail to link suburbs. Plus renovation of existing facilities such as the Sunshine Coast University Hospital, Sunshine Coast Airport and Sunshine Coast Stadium.

The most popular suburbs on the Sunshine Coast;

The Best Suburbs on the Gold Coast

According to real estate experts ‘Homely” the locals have rated the following suburbs as some of the best to live at on the Gold Coast.

The Best Suburbs in Brisbane

Brisbane which is only an hour from both the Gold Coast and the Sunshine Coast is growing every year and according to RealEstate.com.au the best suburbs in Brisbane are as follows.

Retiring and Moving to Queensland?

Why Should You Move from Sydney or Melbourne to Brisbane?

Many factors could affect your decision to pack your bag and move to Brisbane from Sydney. From wanting a change of scenery to work and better opportunities.

To help you decide, here are amazing perks about living in Queensland:

As of the fourth quarter of 2021, around 2,657,500 residents in Queensland are employed, according to the ABS. Infrastructure, schooling and training, hospitality, social services, and health care support are its top four employers.

The lower living expenses in Brisbane than in Sydney is a significant advantage. Brisbane offers a tempting chance to reduce housing and transportation costs, enabling its citizens to live more comfortably at a cheaper cost.

Queensland has a variety of climate zones due to its size. Typically subtropical, the Southeast experiences mild winters, warm autumns, springs and sweltering summers. The interior regions are dry and desert like with little rainfall and scorching temperatures. Due to its tropical climate, the furthest north has both wet and dry climates as opposed to the average summer and winter. The South East is more populated due to its amazing weather climate. Ask any person moving from Melbourne to Brisbane and the weather is usually in the top 2 of their reasons.

Whilst areas in Queensland have seen high growth in house prices like the Gold Coast, the house prices started well below the median house price of Sydney and Melbourne. So people moving from Sydney to Queensland will still be able to buy bigger homes and lower prices, or if retiring to Queensland, downsize and still have a large portion of their Sydney home sale in their bank account. Rents have increased over the last year especially on the Gold Coast but again they started rising from a comparably lower price than Sydney so will still be better off renting in Queensland than Sydney.

More than 450 private Catholic elementary and secondary schools and approximately 1,300 public schools exist. Students are typically assigned to the public university that is nearest to where they reside, but if there are openings, they may be placed at the campus of their choosing. According to certain schools' school enrollment planning processes, children are only permitted to enrol if they reside within the specified catchment area. So if you have a preference for your children look at the catchment zones of what schools you like. The Queensland government has a catchment zone map on a website that's easy to navigate.

Why do you need Interstate Removalists?

Moving from the south to the north of the country is a long drive and you need a trusted interstate removalist that has the right experience. Removalists are skilled experts who can take care of everything from boxing up your house to transferring all your possessions and unloading everything in your new residence, saving you the headache of moving. Our team at Men That Move have moved hundreds of people from Sydney to Brisbane, Sydney to the Gold Coast and Sydney to the Sunshine Coast. And from Melbourne to Queensland.

Check our reviews to see for yourself. We treat all belongings with respect and make sure the logistics of your move are planned to the minute detail. And don’t forget our plastic box system! Dropped and collected free of charge to your doorstep.

How Much is the Cost of a Removalist from Sydney to Brisbane?

Ensure that you are aware of what the price contains before making a removalist reservation. Does it cover all transportation, coverage, or packing and unpacking? Would it cover every area in your house, or would you have to fork over more money than what was quoted? We have a transparent quote and pricing system - no hidden charges we tell you upfront the exact cost. And remember cheaper isn't better, you pay for what you get! We have affordable prices and our customer service team makes sure you have everything covered for your move.

Moving from Sydney to Queensland might seem daunting, but it shouldn't! Expert Sydney removalists Men That Move are here to make this task easier and even an enjoyable experience. Our moving services make setting up your new life more manageable. All you need to think of is the prospect of a new life and the new opportunities that await you!

Get a Moving Quote